The Best Food on the North Shore of Oahu 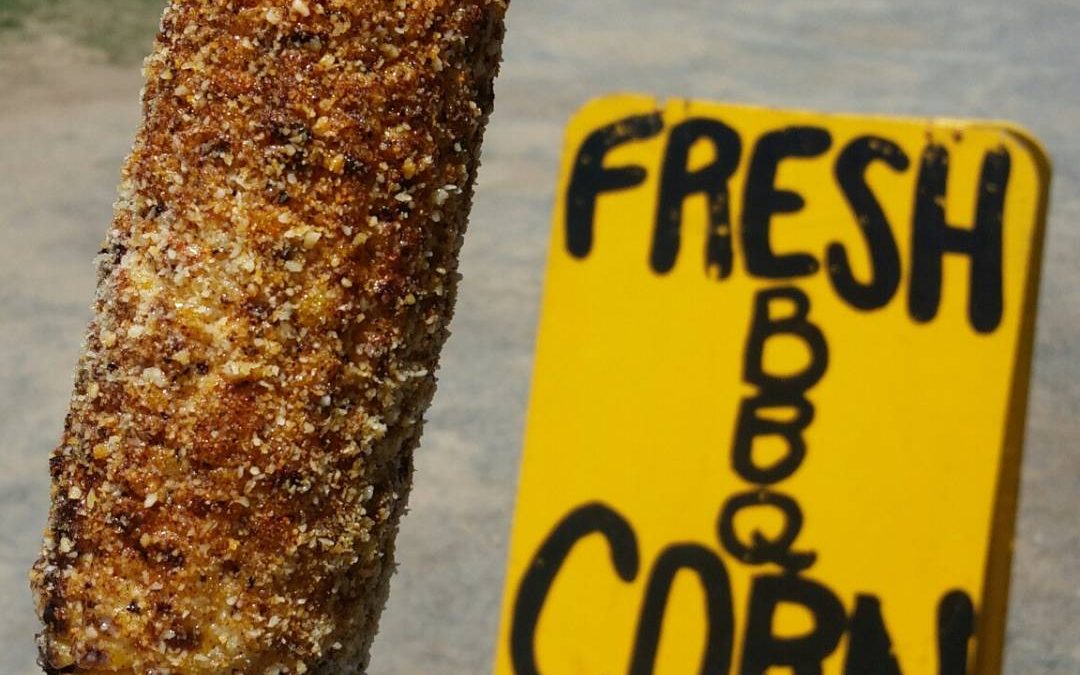 First thing’s first: this is by no means a complete list of the best foods and restaurants on the North Shore of Oahu. (But let’s face it, Hawaii is perfect and, therefore, all of its food is equally perfect.) After a few visits in recent years, I felt the need to document some of my favorite stops.

Note: These foods are best consumed while cruising the coastline with your windows down blasting some J Boog & Common Kings.

Here’s a few stops that will fuel your lazy beach days on your next visit:

Tita’s has long been a North Shore staple–and home to some of my favorite Teriyaki Beef (or teri beef, as the locals call it) on the island. Tita’s Grill Food Truck also serves some great garlic chicken (which is served with rice and mac salad). And this chicken is definitely the star of this plate: sweet, sticky, lightly fried, and full of some great garlic flavor.

Keep note as Tita’s has recently relocated from their location in Kahuku to two separate food trucks on the property of the Polynesian Cultural Center. One truck serves their classic foods while the other is targeted more towards seafood, including poké bowls.

While we’re on the subject of the Polynesian Cultural Center, be sure to stop by and visit the Disneyland of the Islands (my own personal tagline). It’s a great place to learn about Pacific island cultures and traditions as you’re taught by natives from Hawaii, Samoa, Tonga, New Zealand, and many others.

At night, these performers join the stage together in a giant luau. At intermission the PCC serves Island Delights: think neapolitan-style sorbet–sweet, fruity ice cream with a mix of coconut, pineapple, & guava flavors. 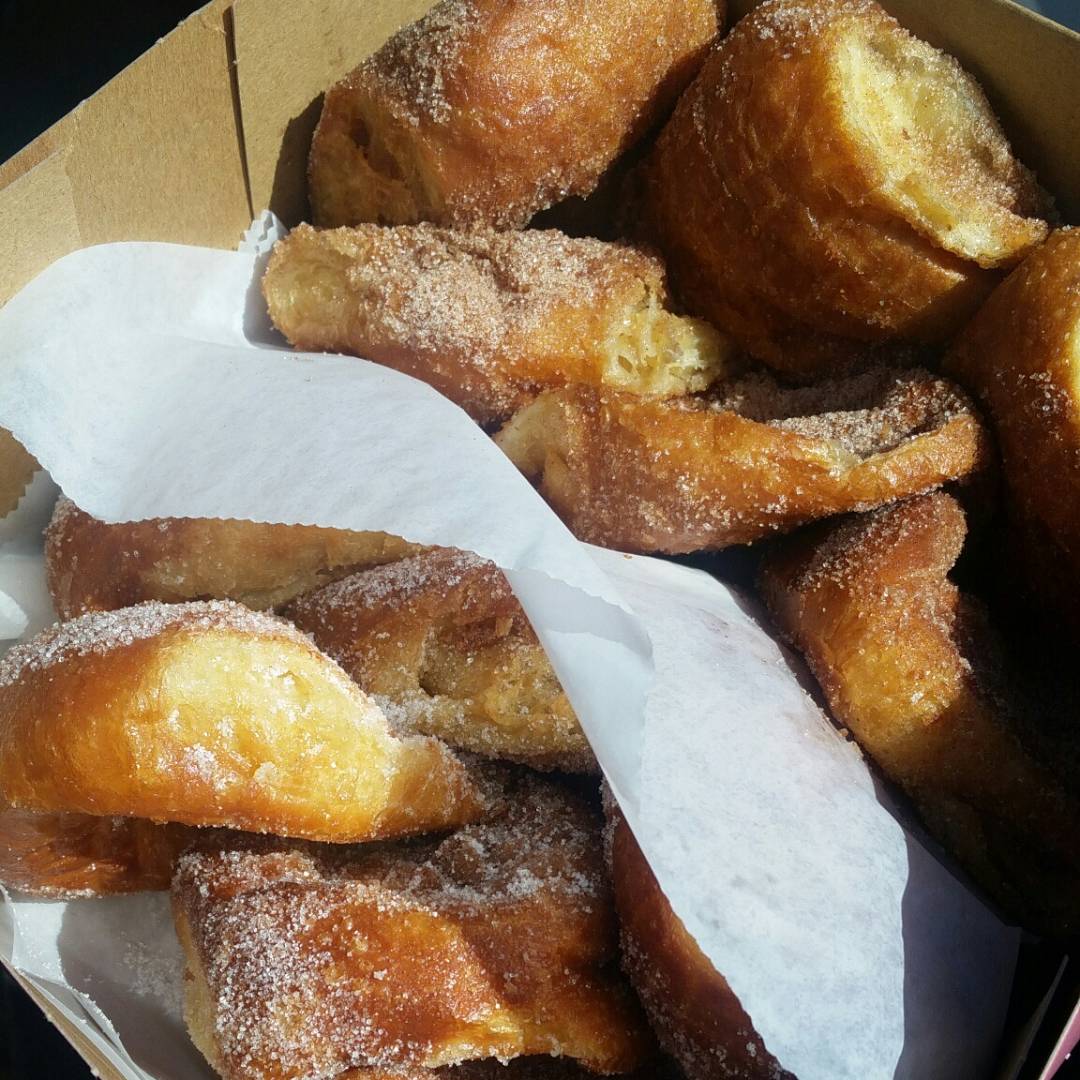 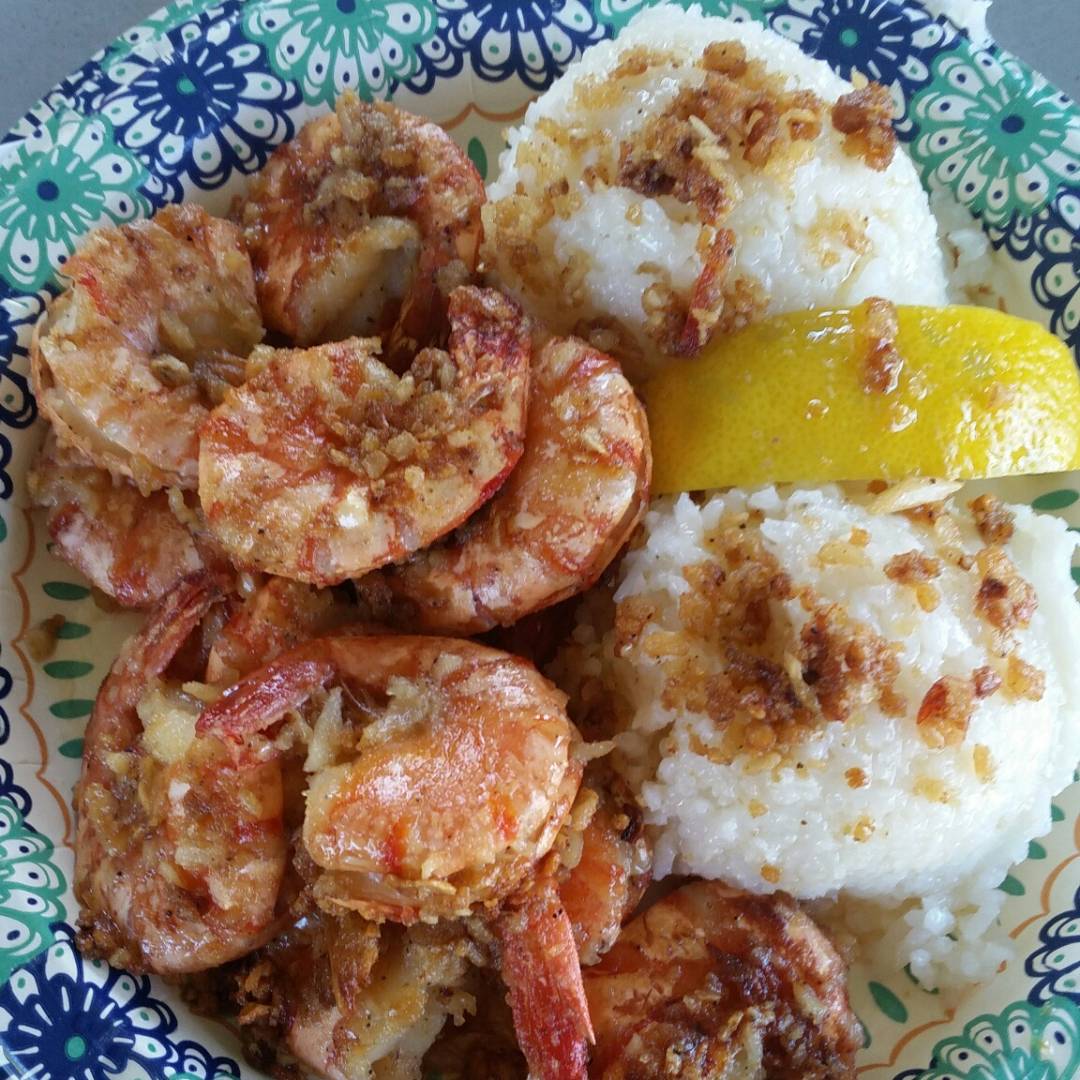 Whether it’s your first time or your 80th time to Oahu, there’s one thing that’s guaranteed: an infinite amount of food trucks with signs claiming to offer the best garlic shrimp on the island.

Here’s the thing: Giovanni’s doesn’t need a sign. The giant line in front of the truck should speak for itself. I personally recommend the Shrimp Scampi: a dozen shell-on shrimp marinated in olive oil, fresh chopped garlic, and lemon butter with two scoops of jasmine rice which is then drizzled in garlic lemon butter and caramelized garlic chunks.

Yeah, bring extra napkins. And some mouthwash for later. 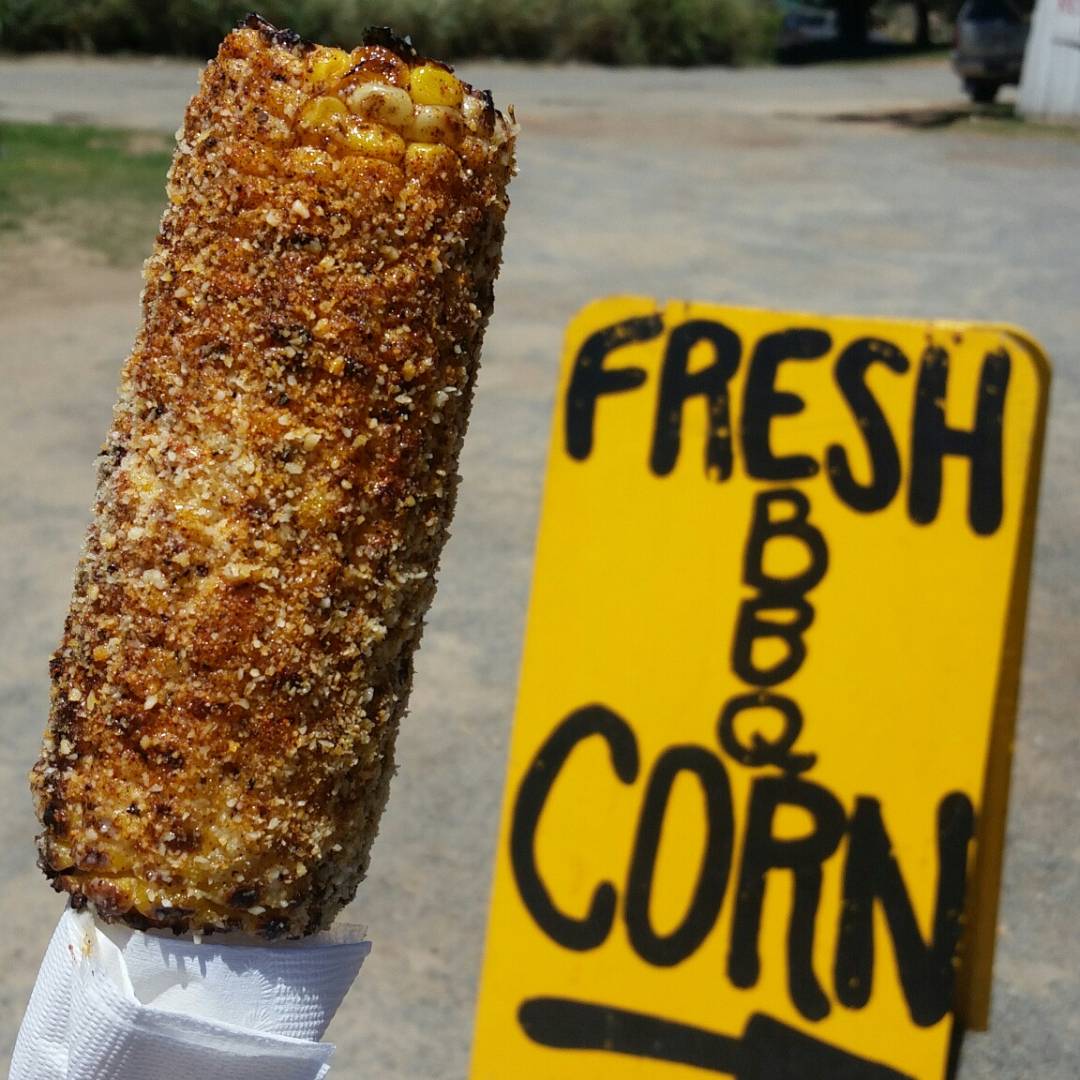 Located in the same food truck circle as Giovanni’s is a phenomenal BBQ Corn stand. For the longest time, its hours were all over the place and it was a complete mystery as to if you would actually be able to buy corn that day. Fortunately, Uncle Woody’s has new owners–and with it, consistent hours and some amazing, savory, grilled corn.

When we stopped by, we ordered their Baja grilled corn and took it to drive to nearby Keiki beach. On our way back, we stopped by again and ordered two more corns (corn? cornses?). But THAT’S how great this corn is. So order some while you wait on your order of garlic shrimp from Giovanni’s or get some grilled corn for dessert–it’s okay, we’ll allow it.

This would be number one on our list if it weren’t for one thing–and it makes this a bit of a tease on our list–the Elephant Truck is currently closed. But don’t be mad! The owners are preparing to open in historic Haleiwa for its latest iteration: The Elephant Shack.

But let me just say this: the Alton Brown (via Instagram AMA) has unequivocally stated that this is his favorite food truck of all time. But if even THAT doesn’t convince you, then the food certainly will.

As fate would have it, when we went to visit the Elephant Truck it just so happened to be the final night before their closure of the Truck in preparation for the Shack. So we didn’t hold back. We ordered the Pad Thai, Panang Curry, and their Pad See Ew. (I like to tell myself it was only 20 calories.) As a big fan of Thai food, the entire meal blew me away. But that Pad See Ew, man…. That plate changes you.

Now that I’ve recovered from my Pad See Ew fantasy, let me tell you about Ted’s.

Ted’s is on the drive from Giovanni’s down to Shark’s Cove, Keiki Beach, & Haleiwa. They also serve all your Hawaiian lunch staples, but when I go to Ted’s, I go for one thing: pie. (And with dozens of flavors to boot, sometimes it’s hard to choose just one.)

Their Chocolate Haupia pie is a masterpiece. (And you can’t spell masterpiece without ‘pie’.) The textures of the chocolate and haupia blend perfectly with over the flaky, buttery crust. It’s decadent, it’s rich, and it’s exactly what you deserve to eat when you’re on the North Shore.

You can either order by the slice or you can order the whole pie. On my most recent trip, I realized that slices are just under $4 each while a whole pie is $14 a pop. Knowing my love affair for the Chocolate Haupia… I walked out of there with an entire pie for myself. #noragrets

We'll see you in the kitchen!