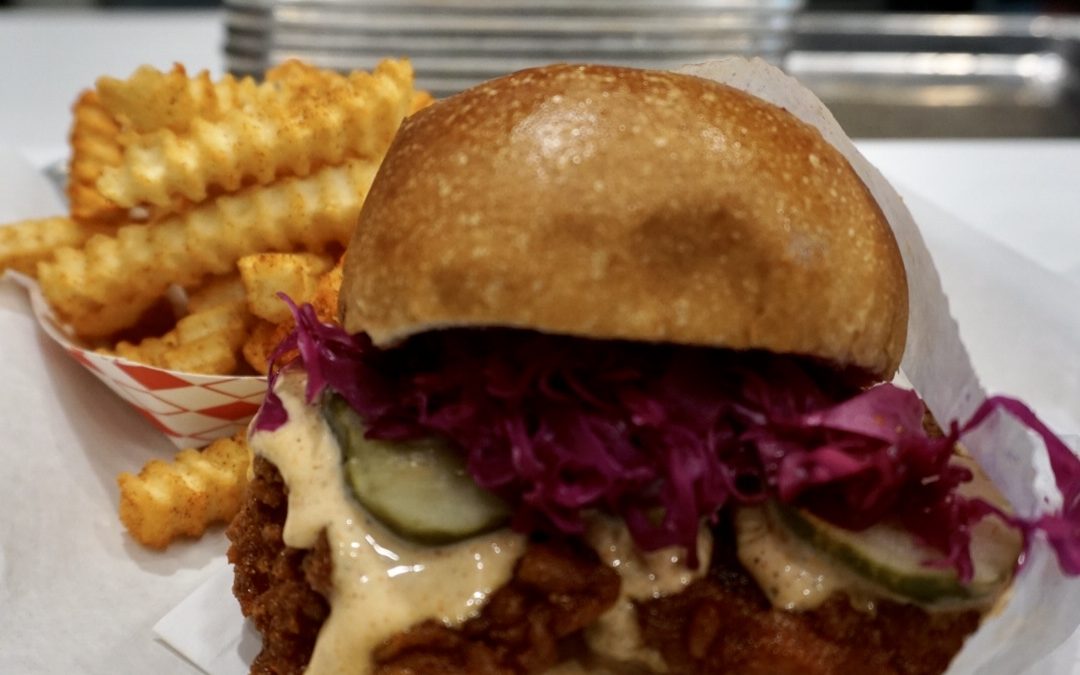 After more than five years in the nest, Salt Lake City-based Pretty Bird by Chef Viet Pham has finally flown the coop. 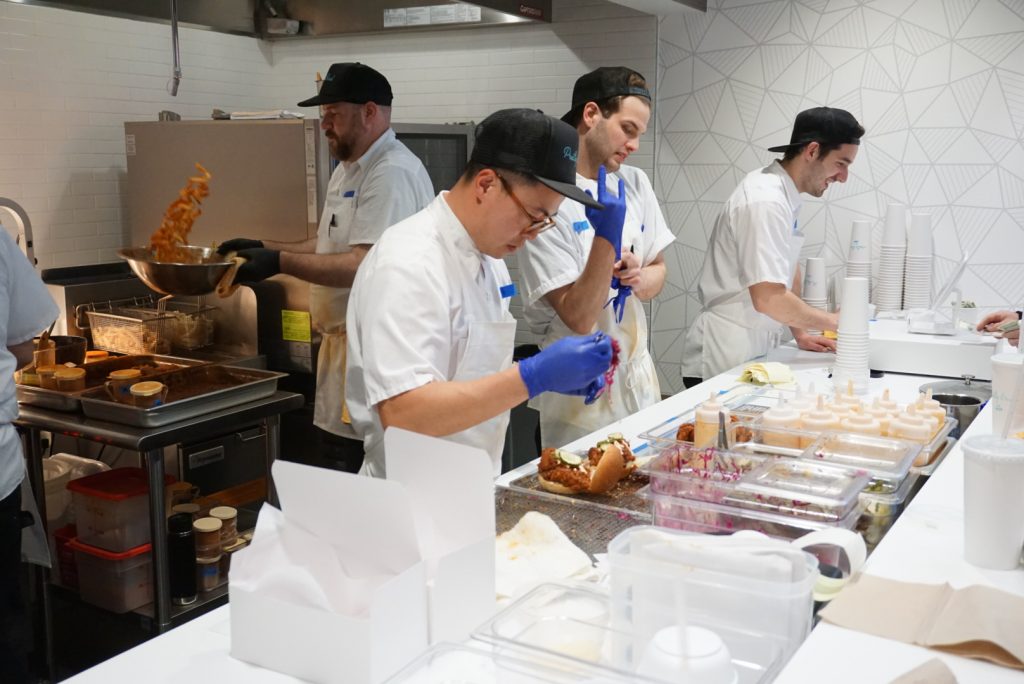 This hot chicken restaurant off downtown’s Regent Street has only been open a little more than a month but it’s already home to some rave reviews in the industry. This week, I was fortunate enough with a free day to fly to SLC–specifically just to see how high this pretty bird could fly for Spoonthumbs.

Pretty Bird features their double-dredged chicken in two separate varieties: either on the bone breast, wings, legs & thighs with white bread and pickles or as a chicken sandwich topped with pickles, red cabbage slaw, & a bright and tangy house pretty bird sauce nestled in a buttered brioche bun. The customer can then choose the spice level of the chicken from mild to medium, hot, or hot “behind”.

Thanks to a certain white-suited military leader from the south, “Nashville Hot Chicken” has been brought to the national front–sadly, many who’ve experienced the sensation for the first time have gone home feeling disappointed. It’s unfortunate that so many cooks attempt their shot at Hot Chicken with a lazy bath of badly fried chicken in an overwhelming amount of cayenne–leaving people with way too much heat and not nearly enough flavor.

But not Pretty Bird.

We briefly sat down with owner Viet Pham–enjoying the debut of his second restaurant–who explained to us that the idea for Pretty Bird came to him more than five years ago: “I wanted to make sure that the flavor profiles were just right–not just chicken with cayenne pepper–but a balanced composition like a well-produced movie with cast, crew, supporting actors and actresses… not just a single player.” 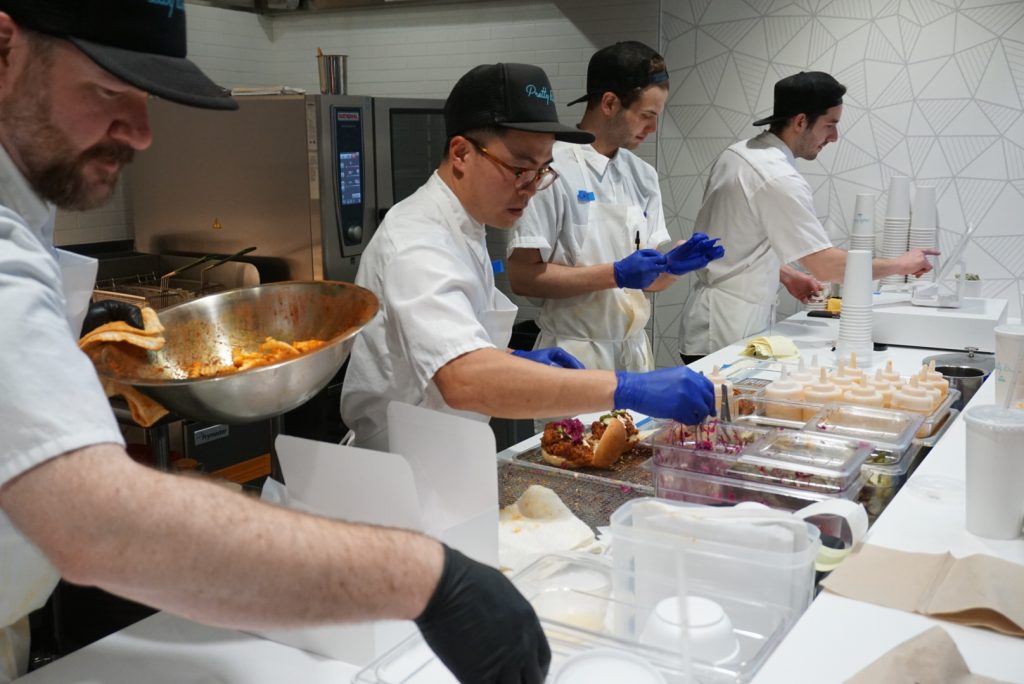 I won’t put this lightly: Pretty Bird’s Hot “Behind” chicken is certainly Hollywood’s next summer blockbuster.

It features three different types of peppers (cayenne, habanero, & bhut jolokia–ghost pepper), along with a blend of garlic powder, mustard, cinnamon, and a few other spices that leave you with an incredibly savory, subtly-sweet bite… as well as a heat that continues to build for minutes on end like a really well written narrative. This movie’s got action, adventure, and a fair share of that all-spicy Hollywood romance (that scandalous NC-17 kind). The Hot “Behind” is certainly hot, however “it’s not like I want customers expecting to participate in some kind of gimmicky heat challenge when they come here to eat”–Viet adds. 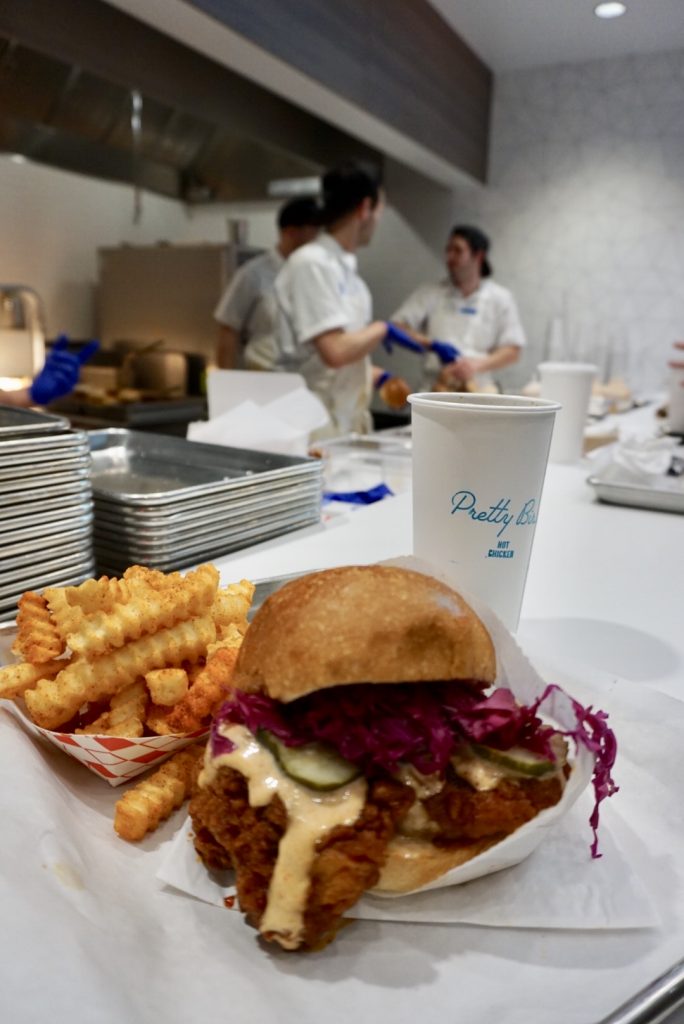 Much like the contemporary, minimalist decor and the square footage of the restaurant itself, Pretty Bird’s menu is limited (they also offer crinkle cut seasoned fries, slaw, & a seasonal daily side)–and they’ve mastered this limited menu VERY well. The restaurant is open Monday through Saturday for lunch from 11 AM to 3:30 PM and dinner from 5 PM to 9 PM–or until they run out of chicken. (Only a few hundred are prepared daily!)

“We’ve sold out nearly every day so far since we’ve been open. There’s consistently been a line out of the door with tons of people waiting to experience this. It’s made the five year wait entirely worth it.”

So whether you live near Salt Lake City or not–don’t walk, don’t run, but FLY to Pretty Bird as quickly as possible. You won’t regret it. 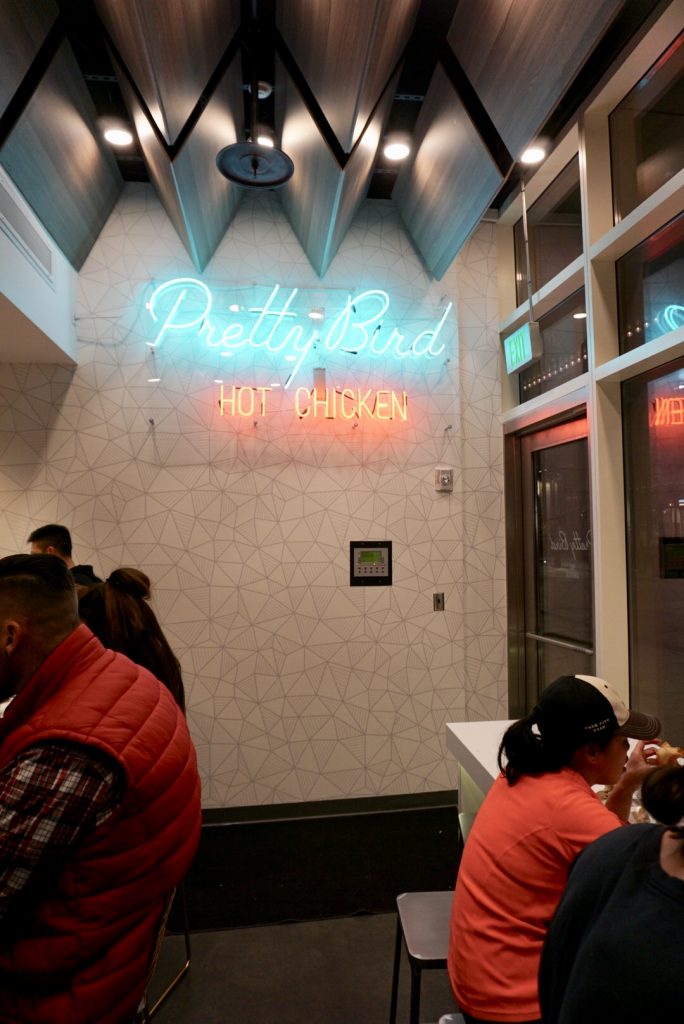 Want to stay up to date?