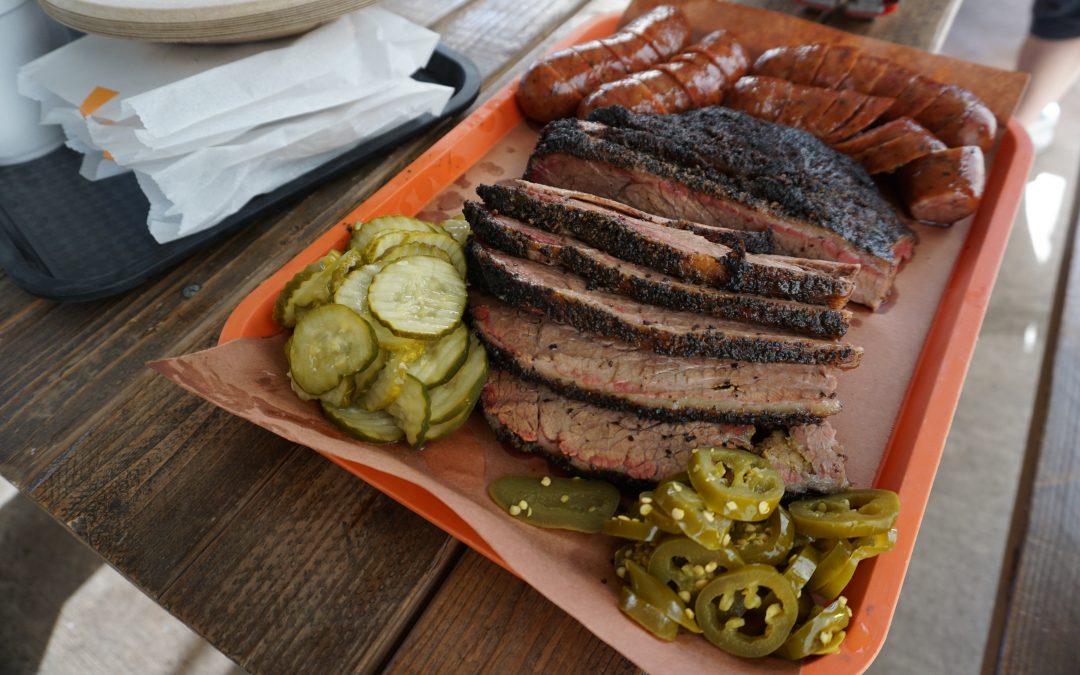 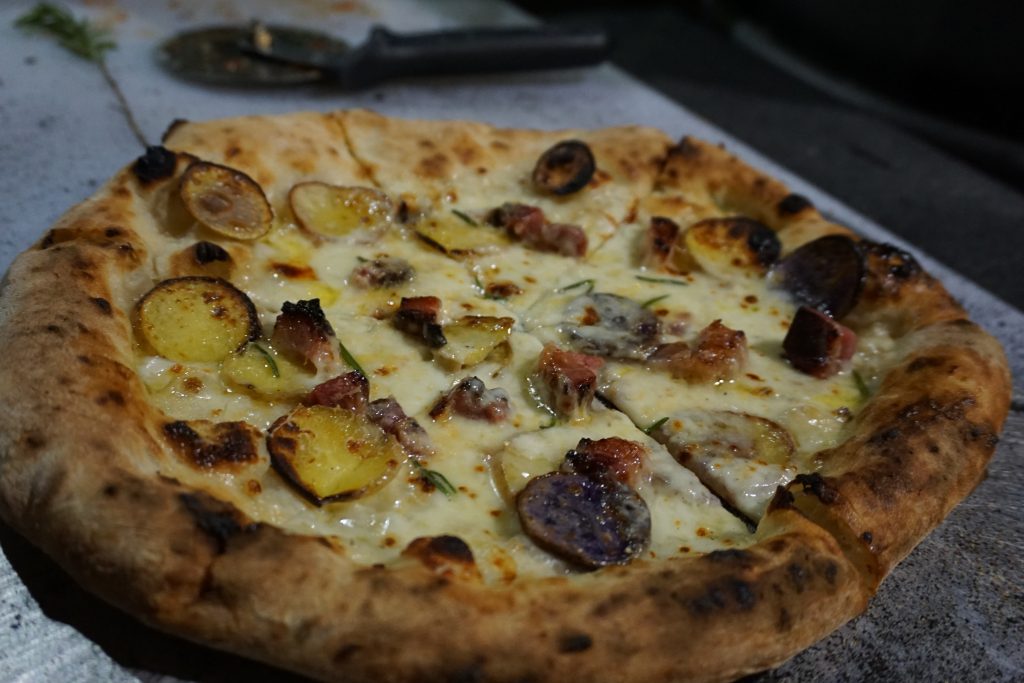 Before getting to brass tax, here are some honorable mentions that I feel slightly guilty for leaving off of this list:

They should be on this list, but it’s a dog eat dog world out there. Nonetheless, all of these restaurants should have plenty of your attention on your next visit to these cities.

Without further adieu, here’s the Top 20 for 2017 and some of the best dishes we had while we were there:

A new addition to the Phoenix Ice Cream scene this year–what Melt lacks in size & aesthetics they certainly make up for with big flavor & creativity. Treats like warm donuts filled with your choice of ice cream or the “Leslie Knope” (essentially a waffle ice cream sandwich) are more than enough to make a stop to this quaint shop worth it.

Food: The Butcher, The Ranch House, & The Classic Italian (Hot)

Stumpy’s has been around for several years, but this was the first time Spoonthumbs had a chance to visit. Similar to Melt in terms in size & appearance, don’t let those factors distrat you from some incredible pizzas & sandwiches.

By total happenstance I stumbled upon this six-location Texas restaurant on a brief visit to the city following Hurricane Harvey. They chicken flautas are unlike anything I’ve ever had–light, fluffy, & full of flavor. They’re far from being anything like your discount store generic taquitos.

Like Escalante’s in Houston, Alberto’s out of Park City is a favorite for any Phoenix natives loyal to the Filiberto’s brand. Alberto is essentially Filly B’s… but much, much better. Imagine a carne asada or California burrito, but with less grease and more flavor. Oh, you can also order milkshakes made with real ice cream. So yeah, Filiberto’s has some catching up to do.

You want great Texas BBQ? The Big Bib isn’t the best there is, but they definitely deserve a place on this list. I eat a LOT of BBQ and this is some of the best San Antonio has to offer. (I have to knock them a few spots on this list solely for being based out of San Antonio & the fact that I’m still bitter about the Spurs robbing the Suns of a championship ring in 2007. San Antonio, blame Robert Horry for this snub.)

This is by far the best, most authentic poutine you can find in all of Canada. Cafe Bicyclette is an authentic french restaurant (with nearly all staff being native French speakers) in a quaint part south of downtown Edmonton. They offer some really great French dishes & pastries and the poutine is absolutely next level.

On my way out of a weekend stop in Denver, I HAD to swing by Little Man Ice Cream. I had no clue what I was in store for. It’s an outdoor shop out of what’s basically a giant milk jug. It’s not uncommon for there to be a line lasting more than an hour and half–and honestly, it was worth nearly missing my flight for.

(Shoutout to homegirl Taylor for letting me and my buddy Mickayeen cut to the front of the line with her in exchange for buying her ice cream. Hopefully some day you find this. Denver needs more people like you.)

It was my first time trying Afghan cuisine and it was everything I could have imagined and then some. The best way to describe this fare is an amalgamation of Indian & Meditteranean food. There’s spicy and savory yet light and refreshing. I really loved the four different types of sauces I could try with my plate. Definitely one of my new favorite Utah spots.

Mexican food is First Class for your body. So when I stumbled upon this place in the far north Canadian tundra, my expectations were set very low. (I mean, how often do you expect Canada to know Mexican food?) I quickly repented. Tres Carnales is some of the best Mexican food anywhere and I was raised in Arizona, the heartland of authentic Mexican cuisine. 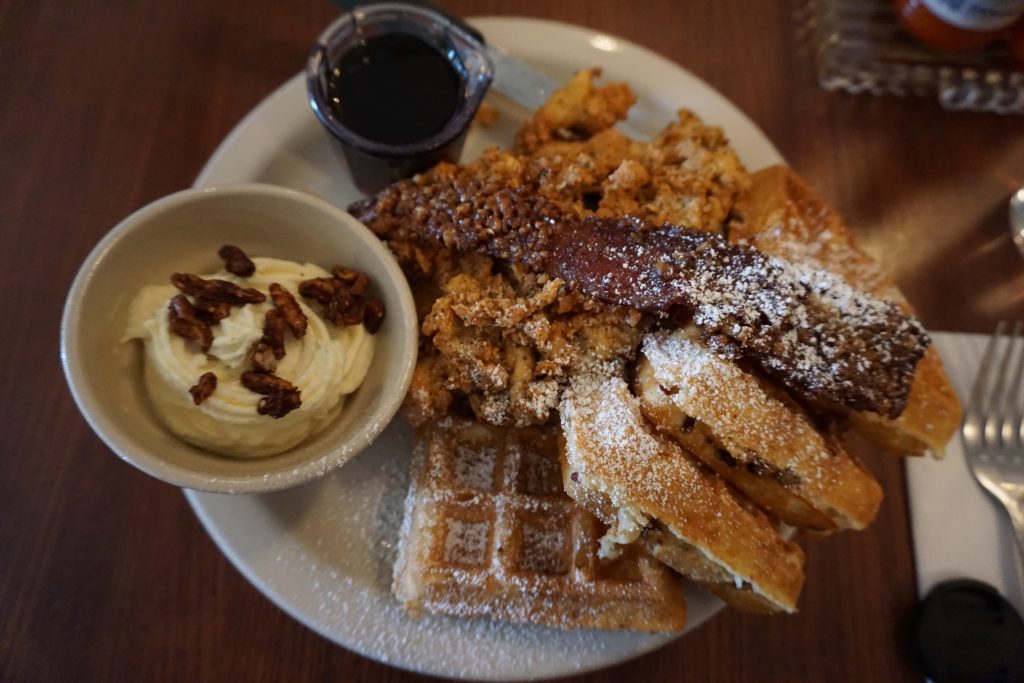 Portland is a Spoonthumbs paradise. For people who love food, this city is both a dream and a nightmare. (You’ll easily need to double your workout regimen if you’re here an extended period of time. The food is just that good.)

Screen Door is near the top of this city’s list. Serving both breakfast and lunch, these guys do it right. Served with brisket, their take on Huevos Rancheros (with a cilantro avocado crema) is one of the best I’ve had. You’ve gotta try the praline bacon while you’re here too.

The newest brainchild of Sam Fox & Fox Restaurant Concepts, Doughbird takes two seemingly different foods and pairs them together in a way that’s both new and somehow familiar. The aesthetic is clean & contemporary–a top spot for a date night. You can order a rotisserie chicken and pair it with a variety of flavorful sauces (jalapeño pesto, jamaican jerk, lemon and roasted garlic, etc.) as well as some fantastic thin artisan pizza. It’s the best of both worlds, really. 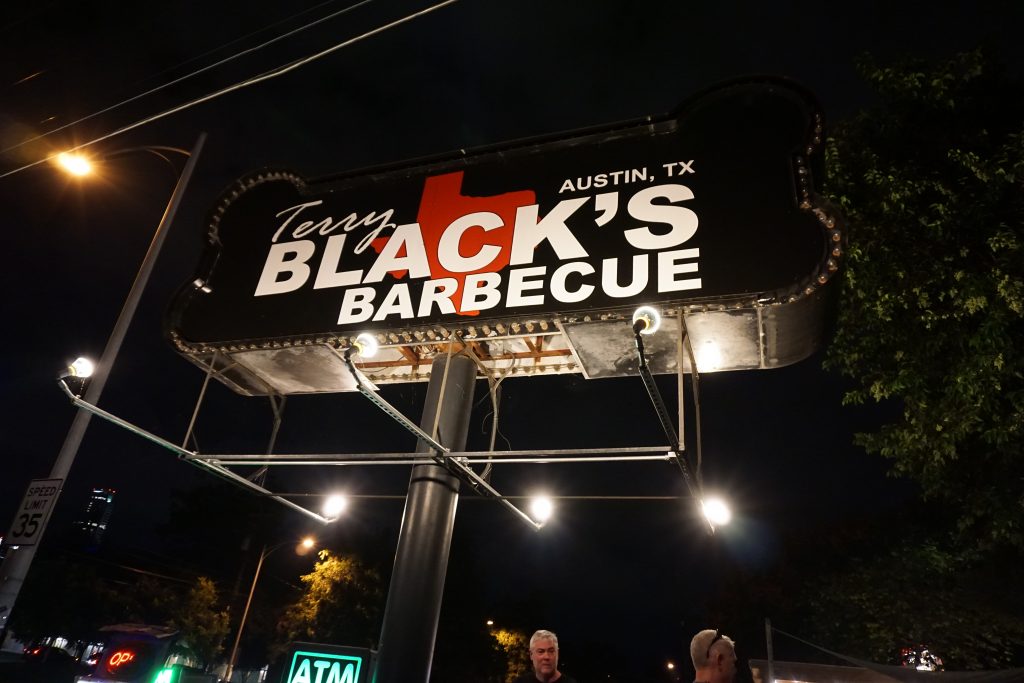 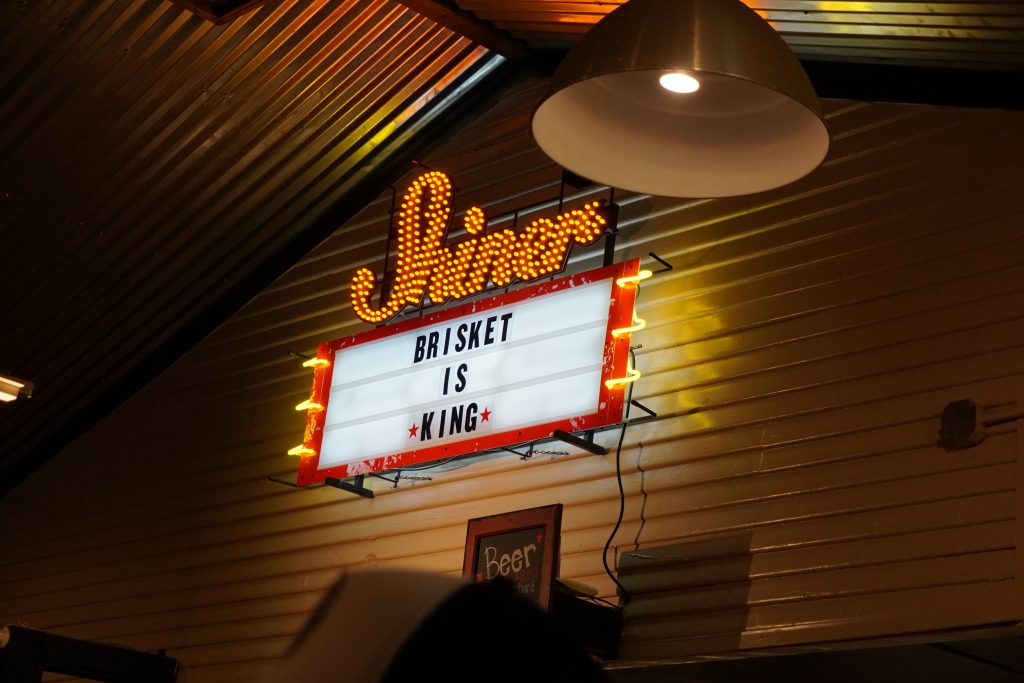 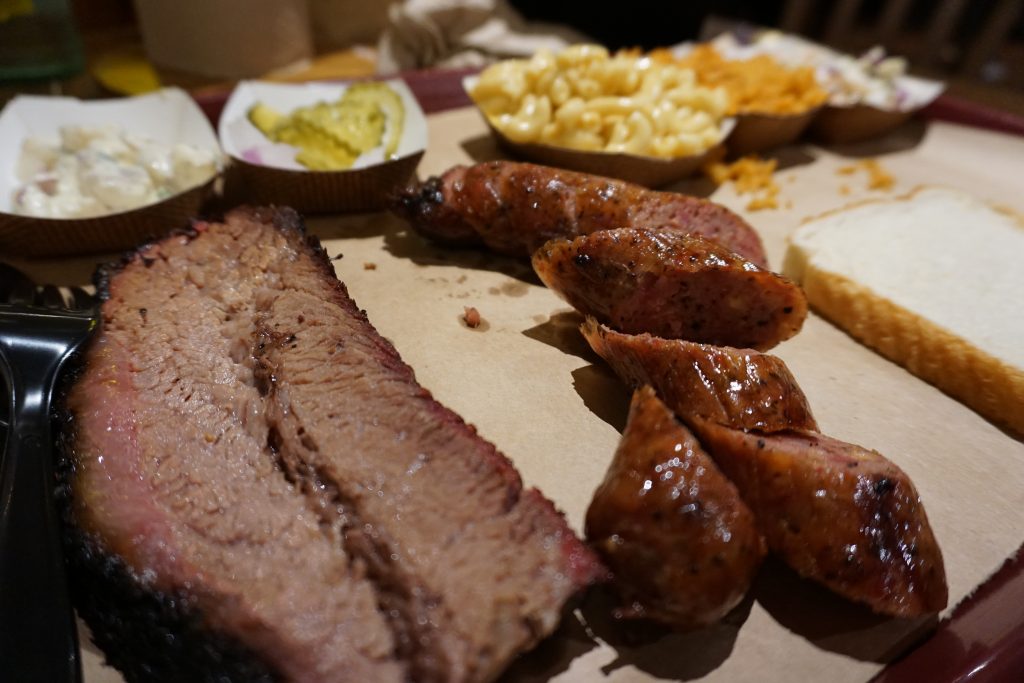 If I haven’t made it clear enough yet, I’m a sucker for classic, quality barbecue.

Apparently, so is the rest of the population of Austin because the entire city lines up outside on a nightly basis for this order by weight, side-self-service restaurant. They go until sellout, so it’s best to go there early and expect a wait. I waited over an hour to get to the cashier counter and it was more than worth the time.

I’ll make it quick: when I tried Terry Black’s, it was 100% without a doubt the best brisket I had eaten. Little did I know, 2017 had bigger plans for me. (Continue reading for more details.) 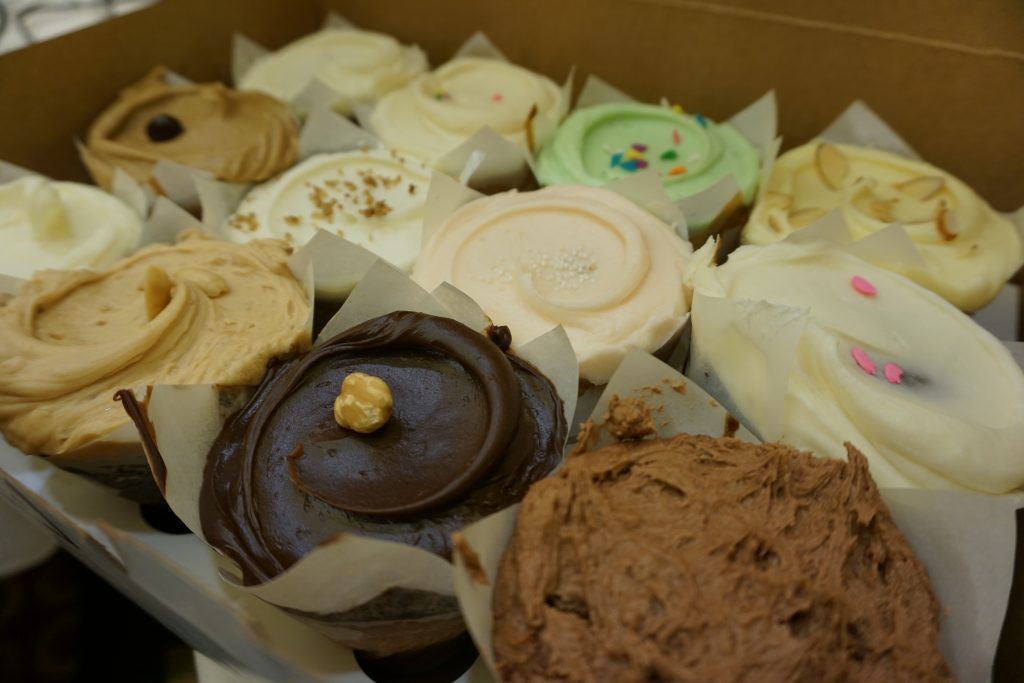 Food: Any & All Cupcake You Can Imagine

Aside from my full-time obsession with sourdough & all things bread, I’m not all too crazy for baked goods. Cakes just don’t do it for me.

Well, Baked & Wired does it for me.

The cupcakes aren’t cheap (I paid upwards of $50 for a dozen cupcakes), but they are certainly top notch and worth every penny. You can usually expect a line out the door before getting a chance to place your order. And the cupcakes are everything you want in a cupcake, moist, dense, & full of flavor. If every cupcake I had were as good as this, I would absolutely change my opinions on baked goods no doubt.

The beautifully weird city of Portland is no stranger to this list. And Pine State Biscuits is one of the top, most-try destinations. Their take on biscuits and gravy will gladly put your grandmother’s recipe to shame. Fried chicken topped with gravy, cheese, crumbled bacon, & a fried egg–come VERY hungry and without much to do the rest of your day. A nap is legally required after eating here. 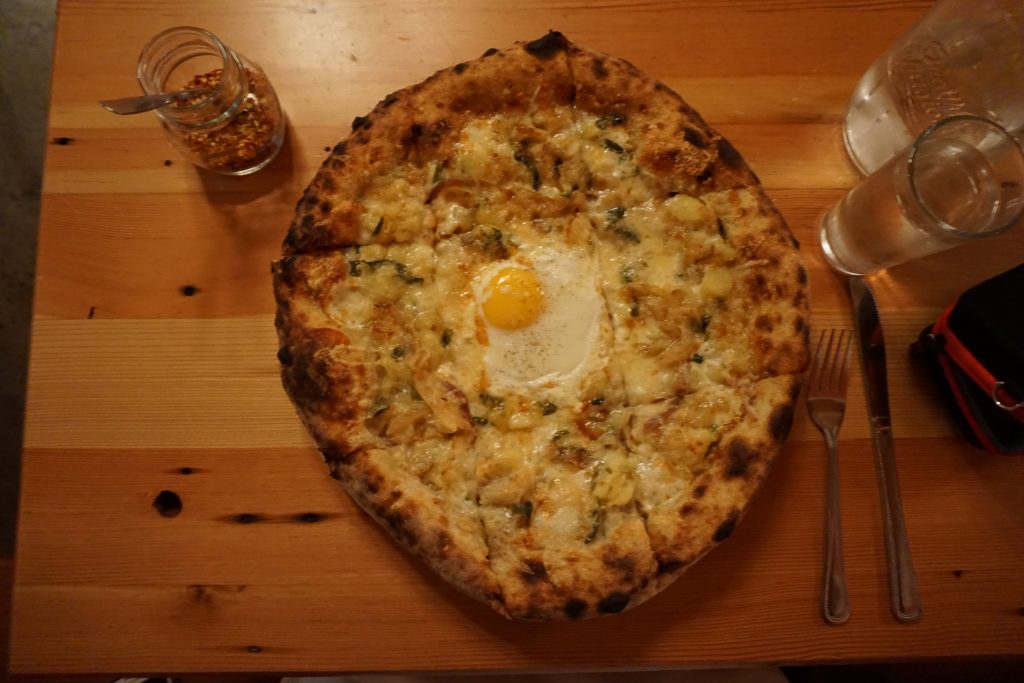 Lovely’s is home to some of the best hand-crafted artisan pizza I’ve had in the world and is certainly #1 in the Portland area. The crust, the daily menu, everything about this place is pizza perfection. The focus is on quality ingredients & quality cooking. 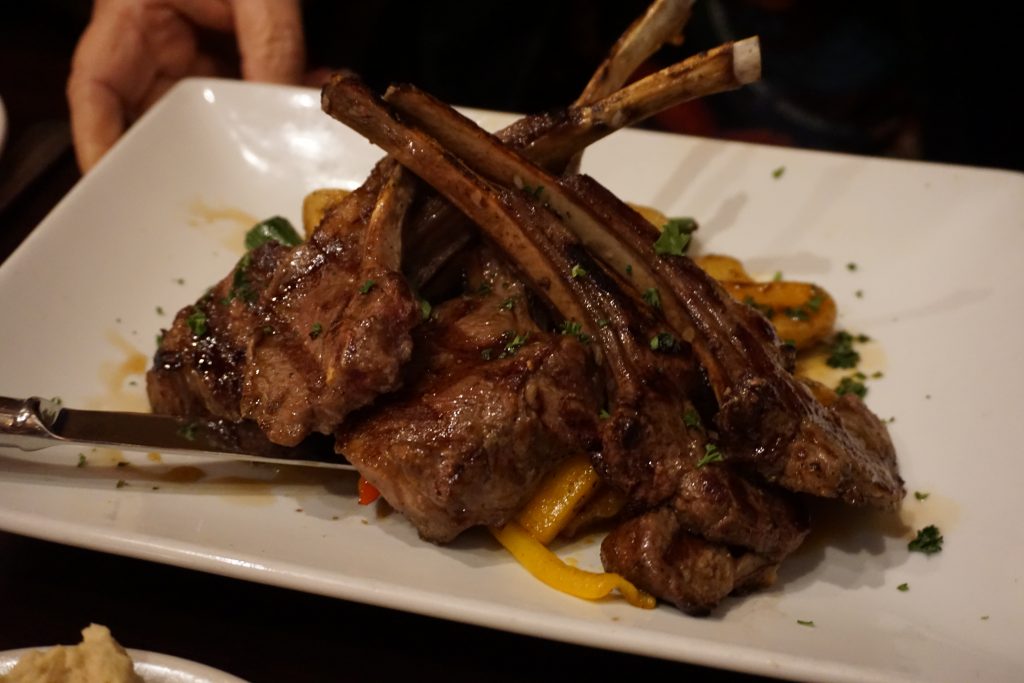 Ever mistakenly stumble into a restaurant that ended up being amazing? That’s Volare. I was driving near downtown Atlanta but unfortunately most of the places were already closed/full for the night. I stumbled into Volare with low expectations that got blown out of the water.

I don’t know if Australian Lamb naturally tastes better than American Lamb, but I’d put money on it after this dish. 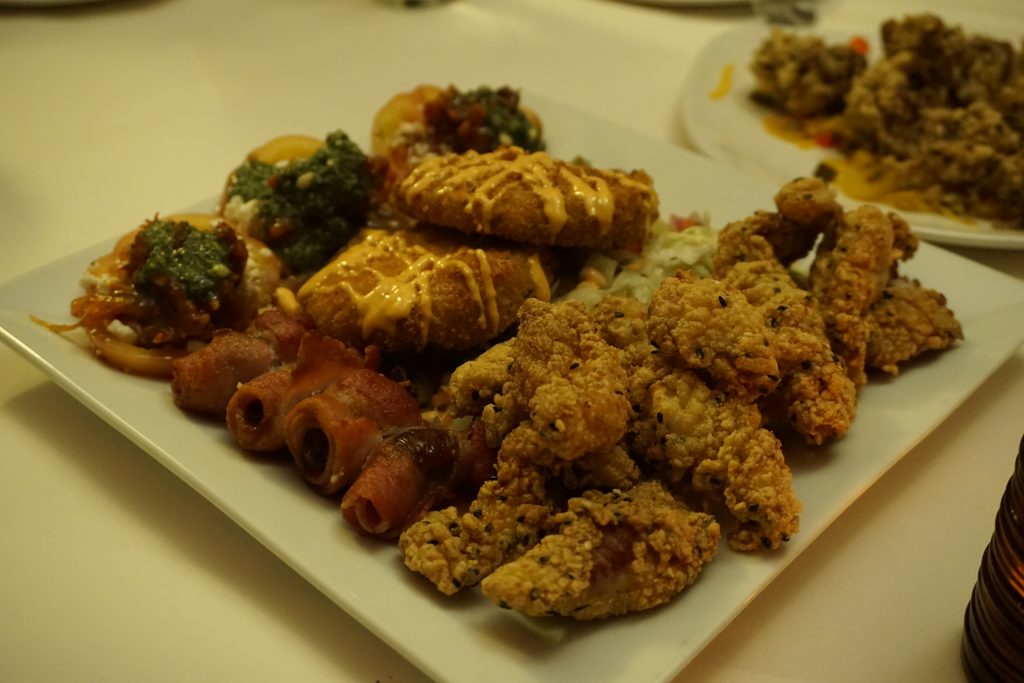 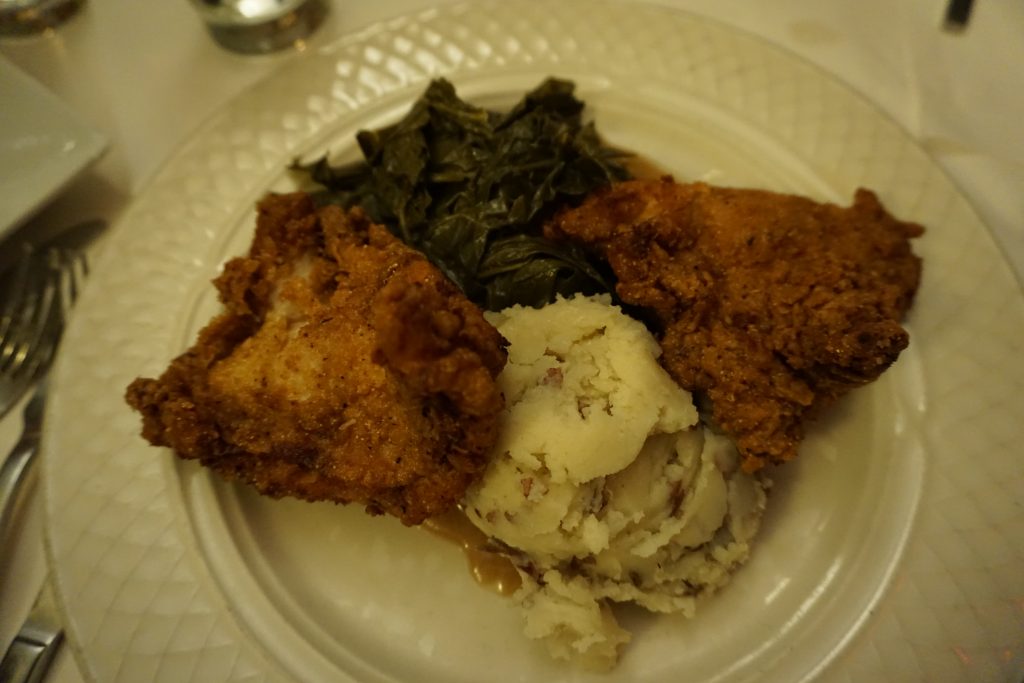 Georgia Brown’s is an experience unlike any other. One of Michelle Obama’s favorite spots during her tenancy as the First Lady, Georgia Brown’s is best described as a fancy take on the ultimate southern comfort food.

World-renowned food genius Alton Brown once described The Elephant Truck (now the Elephant Shack) as his favorite food truck in the world, hands down.

Classic Italian is always a favorite for pretty much any breathing human that has ever existed. I mean, it’s basically the perfect food. So what happens when you get the perfect version of the perfect food? Easy: Filomena in Washington, DC.

All of their pasta can be seen handmade through a window on your entry into this basement restaurant that typically sees reservations months in advance. There was not a single dish that I tried at Filomena that I didn’t fall in love with.

Even their classic family spaghetti–a pretty basic dish by most standards–blew me away entirely. The worst part about Filomena is eating all of this amazing Italian only to remember all of the homemade cheesecakes and cannolis you walked by on your way to the table.

Don’t worry, you’ll find a way to fit in the dessert. 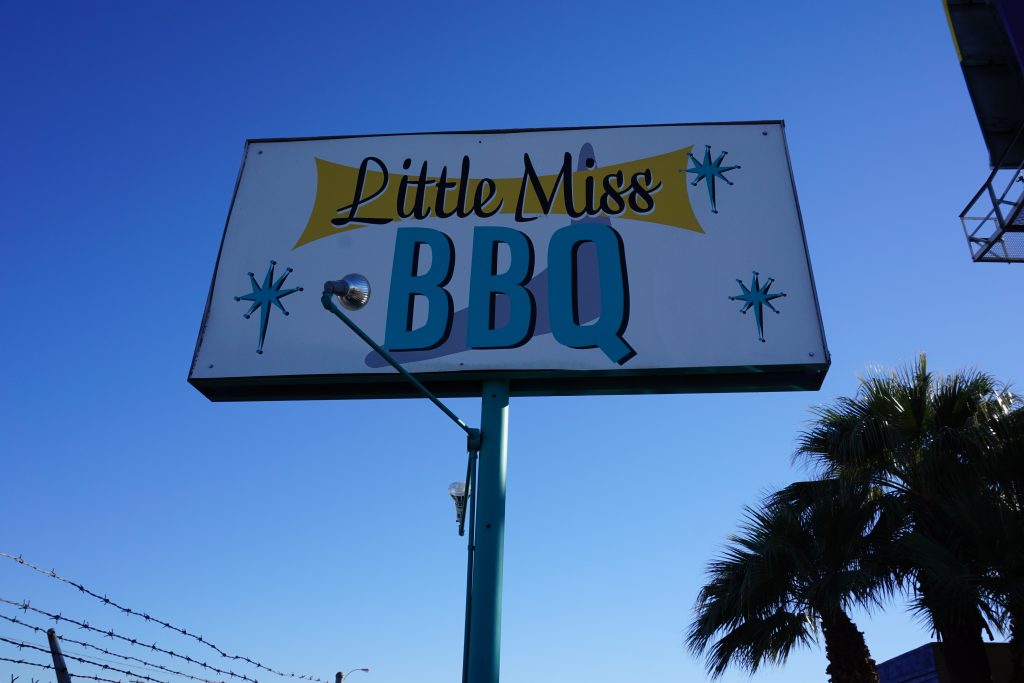 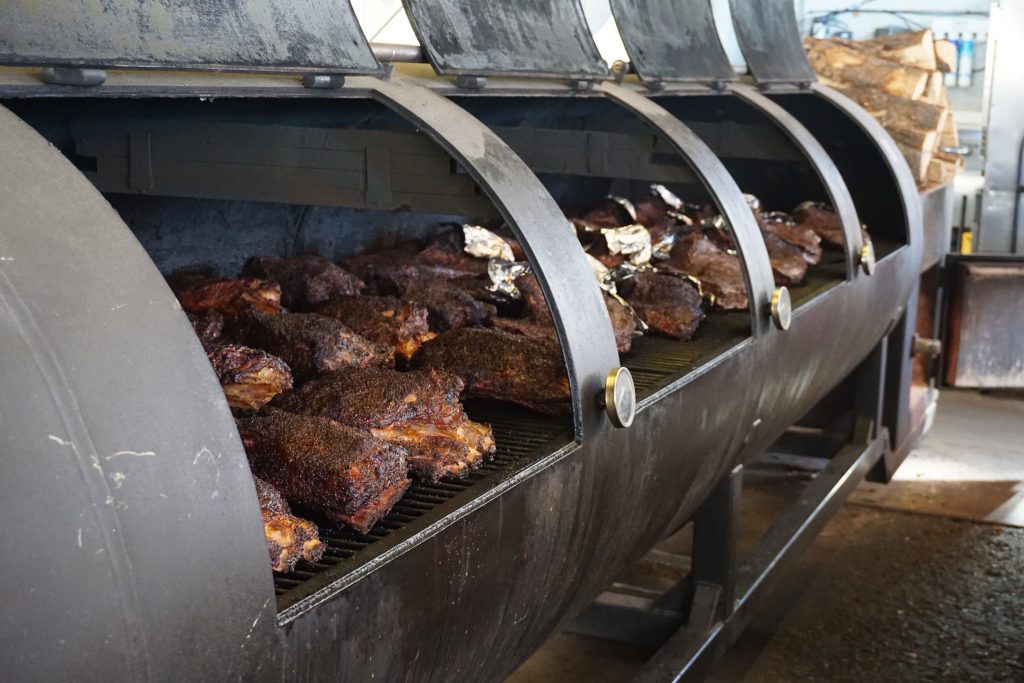 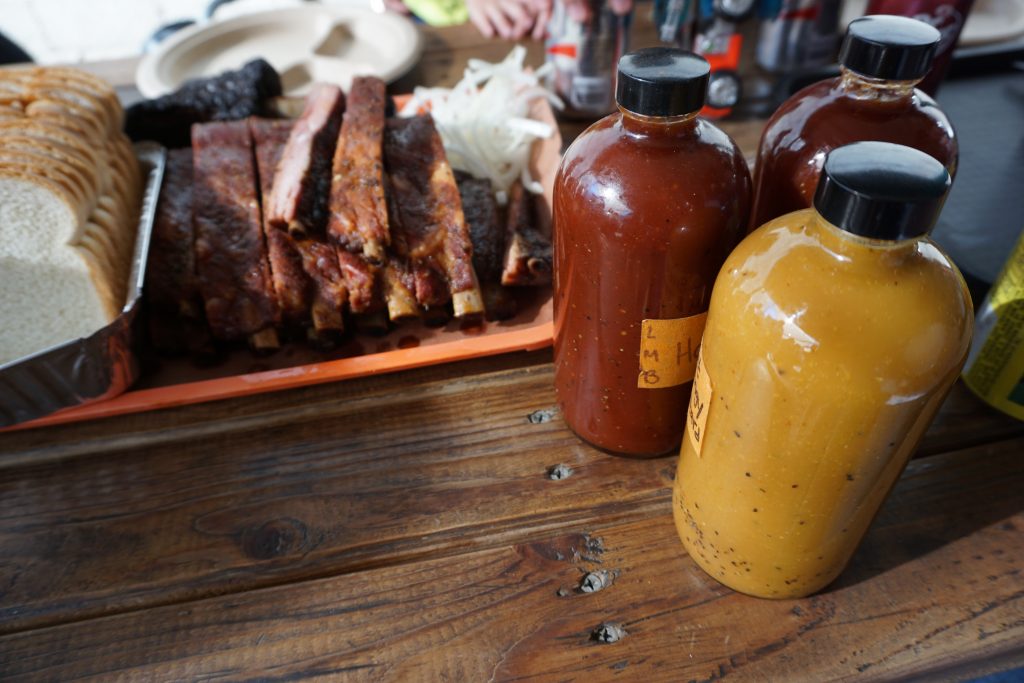 I’ve heard about Little Miss from friends and family for years but never went. “The lines are crazy.” “You only have a few hours in a day to catch it and then you’re outta luck.” Well, that’s all true. But having finally eaten there, I can declare LITTLE MISS IS EVERYTHING YOU’VE EVER WANTED.

Have you ever been to an American BBQ restaurant where the sauce was an afterthought? That’s Little Miss. You’ll try the sauce because it’s there and you’re curious, but you won’t even care if it’s gone.

While you’re waiting, prepare yourself to eat the best brisket of your life. (Remember how I thought Terry Black’s in Austin was the best brisket I had eaten? Well, it was. Then Little Miss showed up to my door and nothing else mattered.)

I ended up showing an hour prior to the day’s opening and waited another 30 minutes or so before getting inside to the counter to order (just over an hour and a half total before that buttery brisket melted in my mouth) and I can honestly say every minute waiting is worth it. Bring your family and make a feast out of it. Take pictures. Then spend the next few years reminiscing on the best barbecue experience of your life.

All around, Little Miss was the best barbecue experience I have had in the US. It’s home to the second best ribs I’ve eaten (only to Pappy’s Smokehouse in St. Louis) and BY FAR the greatest brisket I’ve ever had the privilege of eating.

So as far as your 2018 Resolutions are concerned, be sure to make this list–and especially Little Miss BBQ–your number one priority. 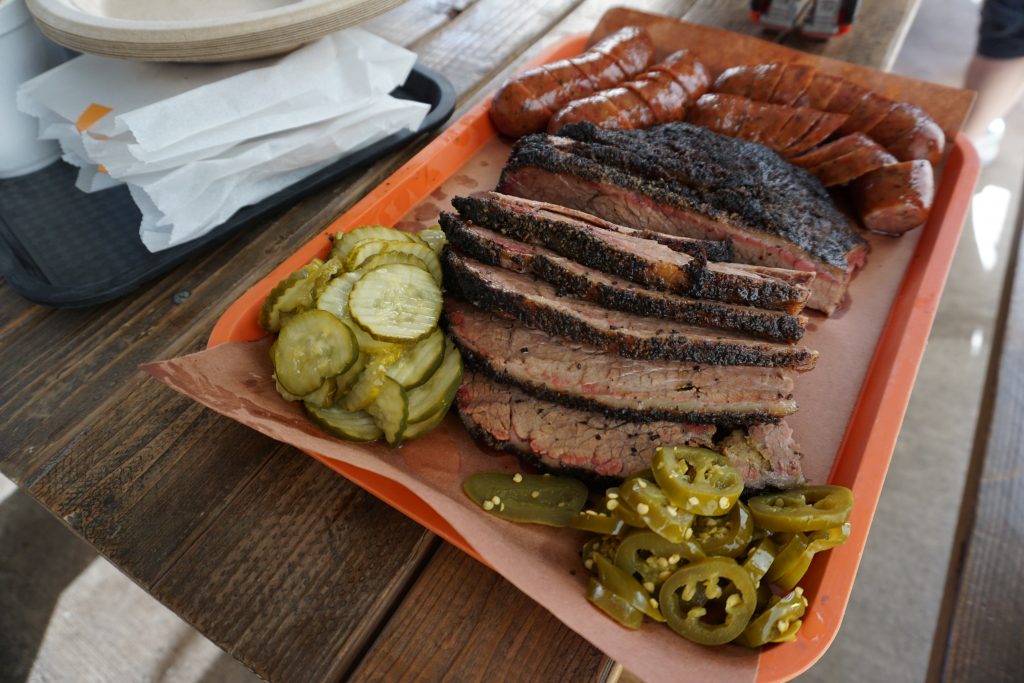 We'll see you in the kitchen!